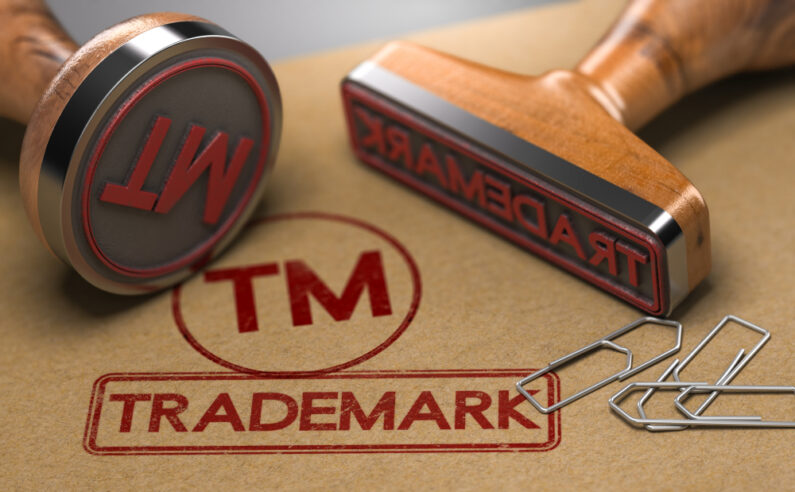 [This post has been authored by Vishnu Naduvakkad, a student at School of Law, Christ (Deemed to be University).]

Trademarks as a concept arose with the primary objective to distinguish one entity or product from another which gives rise to the uniqueness and individuality of the product. However, generic trademarks are seldom protected by law in other countries unless the consumer perceives it as a mark within a class which is distinguished from its competitors.[i] The Registrar of Trademarks in India usually does not consider generic or descriptive marks as eligible subject-matter of trademark registration. However, Courts have given certain leeway to such marks in order to become eligible. The Delhi High Court, for instance, in Rich Products Corporation & Anr. Vs. Indo Nippon Food Ltd., held that if a generic mark has acquired recognition which displaces the primary meaning, and gives a secondary meaning to the mark, it can be said to have acquired distinctiveness in the market. The same view was upheld in T.V. Venogopal vs Ushodaya Enterprises Ltd. & Anr., in which the Supreme Court held that if a mark has acquired a house-hold name of such a nature that it not only gives a secondary meaning to the mark but also becomes known to be associated with the trader, it can be considered distinctive.

It is clear from various brands which have names such as ‘Sona’ or ‘Malabar’ that generic names, indeed, have been and are being registered and used in India. However, it is impossible for trademark law to give exclusive rights over such words to a single proprietor and hence, the concept of trademark disclaimers was implemented. Section 17 the Trade and Merchandise Marks Act, 1958 contained a provision under which the Registrar could attach a disclaimer to the mark which stated that such registration did not give the proprietor the right of ‘exclusive use’ of the trademark. While the current Act does not contain any such a provision, the Manual of Trademarks, issued by the Government, has clarified that “Since the provision for requiring disclaimer has been omitted in the present Act, where it is considered by the examiner that some conditions should be imposed to clearly specify the rights of the proprietor, he may suitably word the condition, as follows – ‘Registration of the trademark shall give no right to the exclusive use of [the] word… appearing in the mark’”.

A disclaimer is to prevent proprietors to file trademark infringement suits against other traders using such generic marks. However, the scope of such disclaimers over the common law remedy of passing off is not clear, and therefore, such a question had to be answered by Courts through the interpretation of the law. The objective of implementing disclaimers was to avoid monopolising generic words which existed in the public domain. However, if the common law remedy of passing off was available to a proprietor, it would give holders of registered generic trademarks the option to sue other traders.

The question that arises out of this is whether such a remedy is available in the eyes of the Court; the answer to which is in the positive. It is lucidly stated in the landmark judgment of The Registrar Of Trade Marks vs Ashok Chandra Rakhit Ltd., that such disclaimers do not affect common law remedies in any way and is purely a restriction on claiming statutory protection. Such a view has been reiterated in several subsequent cases and has become a settled position of law[ii]. The Courts felt that preventing such a remedy by the imposition of a disclaimer would defeat its purpose. Parties are afforded a remedy under common law to prevent passing off of their unregistered trademarks and so, it exists independent of the statutory rights. A disclaimer issued by the Registrar of Trademarks only has applicability over the provisions of the statute and cannot reach into common law remedies.

An argument against the view taken up in the Ashok Chandra (supra) case relates to the abuse of such remedies. Since generic marks can potentially be passed off by others, and the common law remedy against this passing off is in no way hindered, big companies can bury upcoming businesses under litigation. Such litigation might be initiated with no reasonable legal grounds, but since the common law remedy is available, companies can abuse it to drain the financial resources of its competitors on litigation expenses. However, such an abuse of power by large companies is not exclusive to trademark law and it would not be right to avoid taking away rights under common law solely based on this scope of abuse.

The latest judgment of significance on this question, was the Supreme Court case of Parakh Vanijya Private Ltd. vs. Baroma Agro Product and Ors., where the Petitioner filed for trademark infringement, as well as an action of passing off. The Court observed that the Petitioner’s mark had a disclaimer of non-exclusive use attached to it and dismissed the suit. Interestingly, the Court did not touch on the issue of passing off and merely stated that the disclaimer had the effect of restricting trademark infringement suits. Due to the Court being completely silent on the aspect of passing off, the precedent followed in the Ashok Chandra (supra) case is followed to this date.

It is clear that a disclaimer of non-exclusivity does not bar an action of passing off, but certain conditions must be met for initiating such an action in the case of generic marks. The Court, in the case of Ramdev Food Products (P) Ltd. vs. Arvindbhai Rambhai Patel and Ors., observed that a case of passing off is maintainable only if the second mark is similar to the original mark by way of colour, font, style, etc. Such a restriction is necessary since it is very easy for companies to file frivolous cases of passing off against competitors so as to burden them with litigation expenses.

The common law remedy under trademark was preserved under Section 27 of the Trademarks Act so as to protect the hard-earned reputation and goodwill of a business from being passed off as that of another. The Courts have kept this object in mind and limited the ambit of disclaimers so as to protect proprietors in addition to the public. However, a balance between preserving the rights of trademark holders from having their marks passed off, and preventing frivolous passing off suits must be struck. Since the object of trademark law is to protect businesses and encourage competitiveness, common law remedies must be in line with these objectives.

Though disclaimers must not act as a restriction on initiating an action of passing off, such disclaimers serve as an indication that the mark is generic and cannot be exclusive to one trader. The Court must scrutinize whether the claim of passing off is legitimate and not merely based on the fact that the marks are similar. An actual act of deception, intentional or unintentional, on part of the Defendant, must have occurred, which in turn confused the public, thereby leading to some degree of damage to the Plaintiff. Passing off cannot be used as an instrument to curb competition as this goes against the purpose of trademark regulation. The Courts must be mindful and look into the overall impact before determining whether a generic mark has been passed off.