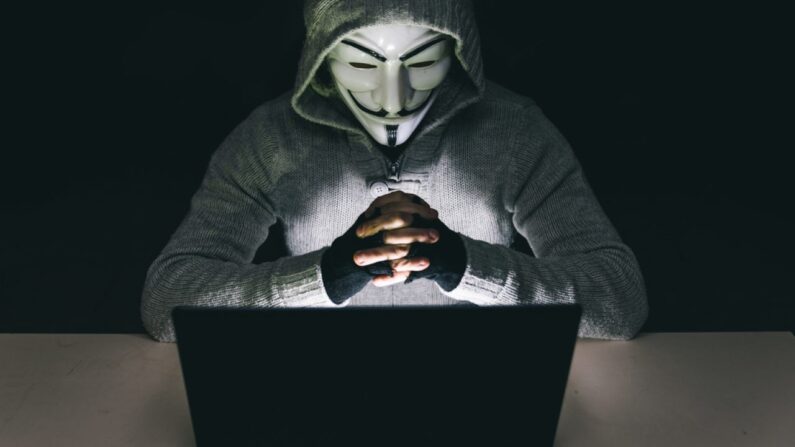 [This post has been authored by Saurabh Gupta and Divyapratap Singh Parmar, students of Institute of Law, Nirma University.]

Back in the day, before social media came into existence, fans would write letters or message-boards to celebrities professing their love, adoration and undying loyalty. However, with the advent of smartphones and the internet, people have moved to virtual social spaces in the form of ‘followers’ or ‘subscribers’. Technological advancement has brought with it not only the ease of gaining popularity but also the greed to be popular in a short period of time. This is often viewed as a business opportunity to gain publicity and add indicators of social media influence such as likes, followers, subscribers and comments. While these may look legitimate, they may not necessarily be so. Recently, a similar case came to light when Mumbai Police summoned the eminent Indian rap artist, Aditya Singh Sisodiya, better known as ‘Badshah’, for his alleged involvement in purchasing fake followers and views for his Instagram account and YouTube music video. While this case is still under investigation, an expert suggests that due to a policy vacuum, proving the illegality of such acts under the Indian law is tedious and might not stand judicial scrutiny. Across borders, there is an agreement that such actions are unquestionably fraudulent, unethical and some countries have addressed the issue through fresh legislation.

Through this blog post, the authors attempt to provide an overview to the issue of fake influence, highlight the adverse effects of fake profiles and suggest changes to the present Indian legal framework to better address this issue.

Fake Profiles – What are they

A Social bot is a computer program that can be scripted with commands that allow the bot to link itself with the targeted social media server through various fake account templates to deliver likes, shares, and views to the desired accounts. The software-based action does not require human interference and delivers desired results instantly. A simple click by the operator initiates the process and the rest is taken care of by the programme. Sometimes, fake responses delivered using such programs are detectable by an original server of social media platforms, leading to disqualification at the time of authorisation. In Badshah’s case, YouTube denied the credit of the most-watched video in 24 hours to his music video ‘Pagal’ as it was observed that the signer had violated the platform’s fake engagement policy.

Click farms, on the other hand, are physical warehouses with multiple devices to access social media platforms through automated programs which operate all such devices at once or through a large group of paid individuals to deliver fake social media influence to desired profiles, thereby creating seemingly authentic results. It has been observed that Click Farms generate better responses than those generated by Social Bots as they appear more credible and cannot be detected at the time of authorisation. Consequently, these are sold at higher rates.

These illicit enterprises that create fake and inauthentic accounts to inflate the social media engagement and likes artificially generate accounts in bulk, and redistribute into small resellers who sell such fake engagement social media services to the desired public.

With the rise in social media engagement and its interconnection with e-commerce; promotion of deceptive, inaccurate information and other forms of fake publicity on social media; all pollute the e-commerce marketplace. Further, numerous fake indicators on the platform make it difficult for an average person to separate genuine offerings from the fake ones. Following are some relevant ramifications of these fake engagements:

The Spread of Untrue Information

With over 50% of Indians having access to various social media platforms, “fake news” has become a rampant issue. Consumer confidence in traditional media outlets has been gradually eroding, and, unconventional sources for news, for e.g. social media have gained popularity. As a consequence, people tend to be more gullible to fake news trending on social media platforms. Unfortunately, information from such sources, that have no obligation to verify the correctness of their content can easily mislead and misinform a person (or a group) targeted. For instance, when false defamatory statements trend across these social media platforms, the users tend to believe them, and the falsely accused persons face public outrage. Another instance of this misinformation is when people tend to adopt baseless medical treatments, just because they are trending which may lead to several side-effects. Such untrue information is extremely harmful and over time, it has become increasingly difficult to differentiate between the truth and a lie.

Public figures ranging from actors, musicians to athletes; even e-commerce websites, whether small or large; all allegedly purchase fake followers. This helps to create an illusion apropos their popularity and by extension, their legitimacy and capacity as many service providers has a strong social media influence over e-commerce and often misguides consumers to trust the wrong service provider. In today’s fiercely competitive e-commerce market, even fake social media followers can provide an edge to the businesses in gaining the trust of genuine customers. Also, other competitive brands using legitimate means to promote their business are losing their consumers to brands buying fake followers and employing unfair trade practices. This practice influences not only the decision-making process of the consumers/audience, but also various other decisions regarding whom to sponsor, and other public policies.

In the United States, the Federal Trade Commission alleged in the case of FTC v. Devumi LLC, that the defendant was engaged in selling fake followers on various social media platforms and views for YouTube videos. It was also alleged that selling fake followers helped the purchasers of such fake indicators deceive potential clients/viewers about their social media influence. The United States District Court at the Southern District of Florida, while deciding this case, was of the opinion that the sale of fake followers is illegal and pollutes the social and e-commerce marketplace. The Court held that the actions of the defendant violate Section 5(a) of the FTC Act, 15 U.S.C. § 45(a) which prohibits unfair or deceptive acts or practices affecting commerce. The trade of fake indicators by the defendant provided the buyers with an opportunity to misrepresent their social media influence to indulge in deceptive acts and thereby, affect the commerce at large.

While in India, S.89 of Consumer Protection Act, 2019 (‘CPA’) read with S.2(28)(iii) of CPA, provides that any seller or service provider who creates a misleading advertisement which is harmful to the interest of consumers would constitute unfair trade practices and shall be punished. Unlike federal laws in the USA, the Consumer Protection Act is limited to the interest of seller and consumer, excluding the governance of commerce at large.

In India, no specific law or provision deals with the creation of or trade-in fake followers and whether trading fake followers is legal under the Information Technology Act, 2000 (‘the IT Act’) is still uncertain. Even without specific policy, it may be possible to take immediate action under the following cases:

Where a fake profile impersonates a real identity

Under S.464 (b) of Indian Penal Code, 1860 (‘the IPC’) any person who makes or transmits any electronic record with the intention to deceive that the electronic record was made by or by the authority of another person, such an act would be ‘forgery’ under S. 463 of the IPC and will be punishable under S. 465 of the IPC with fine and/or imprisonment up to two years. One could argue, that a person who has a profile which does not precisely impersonate, however, uses digitally sketched images, fake but resembling names, etc. with the intention to deceive or mislead the public regarding the identity, they are committing forgery.

Though there is an ongoing debate over the shortcomings of the IT Act, amendments that remedy contemporary issues are still awaited. Over the past few years, many perpetrators have been exonerated due to the lacuna in the existing IT Act, reflecting its ineffectiveness in dealing with the contemporary issues and there is an urgent need to fill this void by amendments.

Further, the ambit of S. 66 the IT Act, dealing with computer-related offences, needs to be broadened to introduce a new provision that deals with misrepresenting or manipulating one’s social media identity by gaining or creating fake statistical data.

It is worth noting that the Government has also introduced rules for intermediaries, which have not been notified as on the date of publication of this blog. These rules expand the liability of social media platforms (or intermediaries) to include any fake news going viral via such platform, is enacted at the earliest. In addition to this, the government should mandate it upon social media platforms to improve their policies by any kind of illicit profiles or activities, and subsequently impose strict liability for any fake profile created on their platform.

Though the IT Act is the primary legal framework dealing with cybercrimes and regulating electronic media, there seems to be a dearth of provisions dealing with some fraudulent and unfair practices which, is causing harm to the public. As there is no exclusive regulation for acts done using certain social media platforms, wrongdoers are brazenly engaging in activities such as selling and buying fake followers and other similar services. This practice not only contravenes the sole motive of expressing public support and popularity by displaying and recording various statistical data on social media accounts but also deceives the general public with fake statistical data.