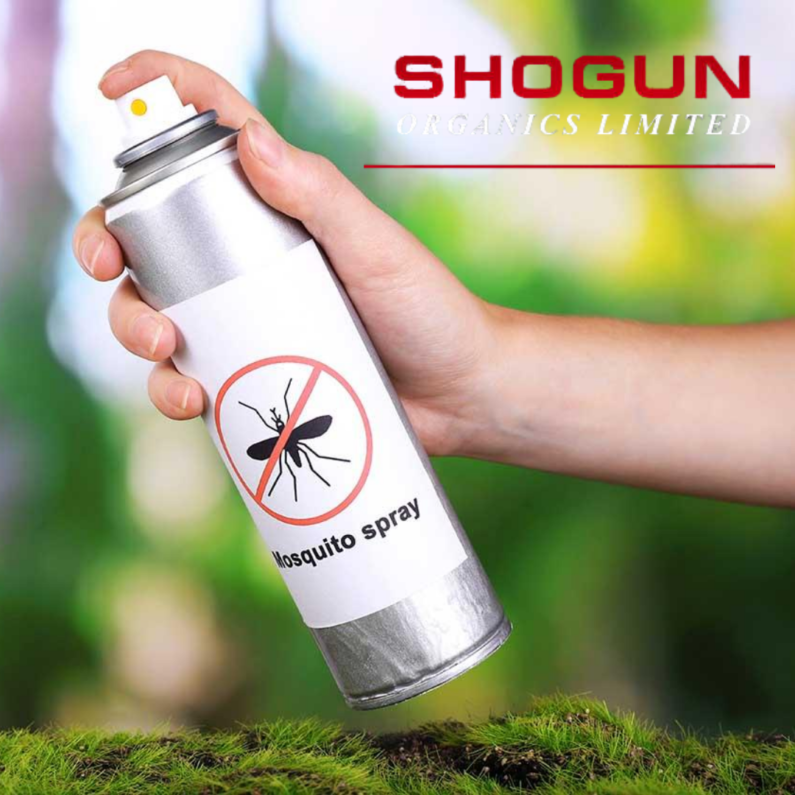 [This article was authored by Apurva Vats, a student at National Law University, Odisha.]

On 16th June 2020,[i] the Delhi High Court (HC) dismissed the repeated applications filed by Shogun Organics Ltd. (Plaintiff) in the matter of Shogun Organics Ltd. v. Gaur Hari Guchhait and Ors.[ii] It did so, stating that such repeated filing and concealment of correct facts is a gross abuse of process. The application was regarding the Delhi HC’s judgement dated 14 August 2019 in which the Court had ruled in favour of the Plaintiff and directed Gaur Hari Guchhait and the other defendants to stop manufacturing, selling or offering for sale, D-trans Allethrin, an active ingredient used to make mosquito repellants. The Court had held that the Defendants’ manufacturing process was identical to the Plaintiff’s and thus, infringed their patent regarding the ingredient’s unique six-step manufacturing process. Accordingly, the court directed the Defendants to render accounts of sales of the amount of D-trans Allethrin sold.

This article seeks to analyze the Court’s judgement by first, chronologically laying out the facts of the case. This is followed by a summary of the submissions made by both the parties. Third, the decision of the Court is discussed keeping in mind the two issues that were framed in this case namely, whether the Plaintiff’s patent IN-23660 is pre-published and lacks novelty in view of the registration granted under the Insecticides Act to the plaintiff; and whether the Plaintiff’s registered patent has been infringed by the Defendants. Finally, the article points out the significance of the judgement and stresses that the debate on the existing conflicts between the Insecticides Act, 1968 (Insecticides Act) and the Patents Act, 1970 (Patents Act) is far from over.

The Plaintiff, a company engaged in the research, manufacture and sale of mosquito repellants claimed that it had developed a six-step process for synthesis of D-trans Allethrin, an insecticide used in mosquito repellants and similar products. The company filed a patent application for the same in 2007, in response to which one of the Defendants filed a pre-grant opposition. The case was decided in favour of the Plaintiff and the patent was thereafter granted in 2009. Subsequently, a post-grant opposition was successful, and the patent was revoked. In 2014, the Intellectual Property Appellate Board (IPAB) set aside the patent office’s order and restored the patent which was considered valid since.

The Plaintiff alleged that they were granted a patent registration under S. 9(3) of the Insecticides Act in 1997, while the Defendant’s registration was a follow-on under S. 9(4). As further proof, they submitted a letter issued by the Central Insecticides Board and Registration Committee (CIBRC) dated 9 February 2011. This letter clearly mentioned that a registration under S. 9(4) of the Insecticides Act is given to a party only when their process of manufacturing is identical to the original S. 9(3) registered applicant. Further, an affidavit of an expert was submitted by the Plaintiff in which the expert had examined the defendants’ products and concluded that there were various marker compounds and impurities that could only be produced when D-trans Allethrin was manufactured using the Plaintiff’s process.

The Defendants submitted that the process for manufacturing D-trans Allethrin was disclosed in the application filed by Defendant No. 4 for registration under the Insecticides Act in 2007. The Plaintiff was granted the patent for the same in 2009. Thus, the invention was already in the public domain and is not liable to be recognized. They further submitted that the Plaintiff’s patent is, per se, invalid if the manufacturing process used by the Defendant is identical to the one the Plaintiff’s use since the same has been disclosed in the application filed by the Defendant for registration under the Insecticides Act. In addition, an excerpt of the Plaintiff’s website proved that they had been selling D-trans Allethrin since 2002. Since they had not highlighted any shortcomings in the previous manufacturing process resulting in the need to make a new one, the patent should be considered invalid and should not be given recognition.

Holding the Plaintiff’s patent to be valid, the Court rejected the Defendants’ claim that the patent lacks novelty and is prior published due to lack of evidence. Thus, the first issue was decided in favour of the Plaintiff as they had submitted sufficient proof to make their case. The second issue was also decided against the Defendants as they failed to disclose the manufacturing process adopted by them despite repeated directions by the Court. The Plaintiff, on the other hand, had led considerable evidence to show that the Defendant’ process is infringing their patent. The Court held that there is no evidence submitted by the Defendants’ side to rebut their arguments and hence, the Court granted the Plaintiff a permanent injunction, restraining the Defendants from manufacturing or selling D-trans Allethrin. The Defendants were further directed to render accounts of sales of the ingredient already sold and pay five percent of the sales as compensation to the Plaintiff for the loss of profits.

Discussing the question of novelty of the Plaintiff’s patent, the Court held that when the patented matter under consideration is a process, it has to be proven that the exact process has been disclosed to the authorities. Without this, the requirement of prior publication cannot be proven. The Defendants, however, failed to show that the six-step process developed by the Plaintiff had been previously disclosed. The Court refused to accept the argument that the manufacturing process had been disclosed by the Plaintiff during the initial registration under S. 9(4) of the Insecticides Act. This is because of the evidence of the Plaintiff’s witness conceding that there were several processes in use for manufacturing D-trans Allethrin, but the Plaintiff’s patented process had higher efficacy and lower toxicity in comparison to others. Further, the Court held that S. 30 of the Patents Act exempted disclosure to a government department or any other authority by the patentee or any other person. Whether a process patent disclosure under S. 9(4) of the Insecticides Act would be protected under S. 30 of the Patents Act or not still remains to be seen.

S. 104A of the Patents Act empowers the Court to direct the parties to prove the difference in their processes when the point of contention is the patented process itself. The Court recalled the principle established in Communications Component Antenna Inc. v ACE Technologies Corp. and Ors., [iv] in which it was held that the Defendants cannot withhold their ‘best evidence’, especially if the same is within their knowledge. In contrast, the Plaintiff furnished suitable evidence to establish that the process used by the Defendants was the same as that of the Plaintiffs by using a highly technical test. Since the Defendants did not disclose their manufacturing process, they could not refute the results of the test. While the Defendants’ decision to not disclose their ‘best evidence’ led the Court to draw an adverse inference against them, the Defendants had filed various other evidence that could have been equally considered while deciding the case. The principle of ‘best evidence’ is rather subjective, leading one to question the outcome of a scenario wherein a party which has filed compelling evidence otherwise would be left bereft for not filing their ‘best evidence’ according to the Court.

Patents Act and the Insecticides Act – Conflicting Provisions of Law?

As per S. 9(3) of the Insecticides Act, the original applicant of an insecticide must file an application disclosing various technical details of the proposed insecticide. After scrutiny, the applicant is awarded a registration as the original manufacturer/registrant. Thereafter, permission may be granted to a person interested in dealing with the registered insecticide under S. 9(3) pursuant to a follow-on certificate being registered. As per CIBRC’s clarification, it appears that the follow-on registrant must use the same manufacturing process as the original registrant with the same chemical composition. This clarification gives rise to an absurdity in law. While a patentee can be granted exclusive rights of their inventions under the Patents Act, the Insecticides Act appears to allow a copy of the same. By the Rule of Harmonious Construction, conflicting laws should be read together and where possible, be modified so that they can harmonize.[v] The Court, however, did not address the conflicting nature of the laws in this case.

In the latest development in the case, the Plaintiff simultaneously filed several applications before the Court submitting that the leftover stock possessed by the Defendants should be sold to the Plaintiff and not to the public. The Court had rejected this submission and levied a cost of Rs. 50,000 on the Plaintiff for abusing the judicial process.

The questions that were raised in the course of the proceedings makes this one of the most crucial judgements on intellectual property (IP) in the year. Curiously, not all the questions that were raised were finally answered. The Court ruled on points such as the burden of proof and continued the discussion on concealment of ‘best evidence’ that was started earlier in the year in the Communication Components case. It, however, chose not to comment on the apparent conflict between the Insecticides Act and the Patents Act.