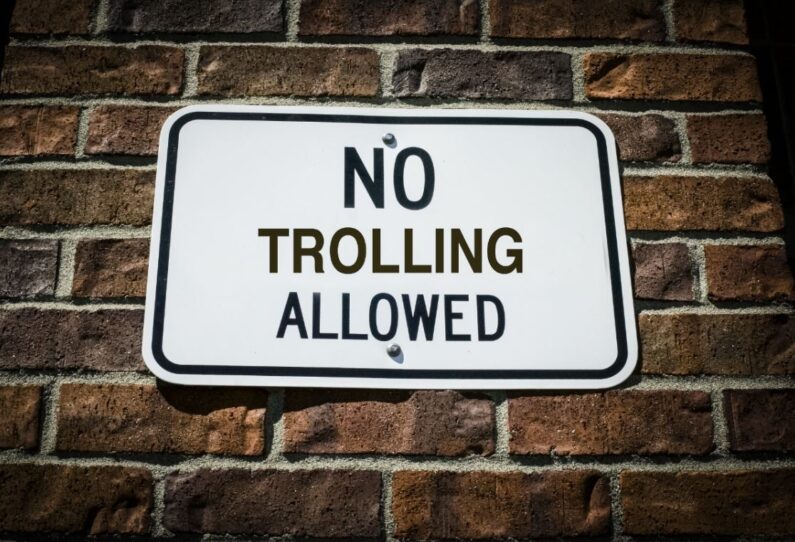 [This post has been authored by Shubham Gupta, a student at National Law University Odisha.]

The recent case of Labrador Diagnostics LLC v. BioFire Diagnostics, LLC et al, filed in the United States District Court for the District of Delaware against the coronavirus tests over the allegation of patent infringement reveals the dark side of Intellectual Property Laws. In this case a patent troll, ‘Labrador Diagnostics LLC’, alleged patent infringement against the companies making and distributing the virus tests throughout the country. Appallingly, such actions are rampant; where companies like Labrador Diagnostics take advantage of the law and keep the masses from getting access to COVID-19 tests and treatments.

This brings forth the question – who are patent trolls and what actions are termed as ‘patent trolling’. It is a well-known fact that a patent is an exclusive right obtained by the inventor to use,  make and sell his/her invention. The patented invention cannot be used by anyone else without proper approval of or a license from the inventor or patent holder.[i] The abuse of such exclusive rights whereby patent holders, themselves, do not use their patent(s) and further, prevent others from creating similar products or their using invention(s) is called patent trolling.[ii] In other words, patent trolling is the phenomenon of obtaining patents for the purpose of restraining its usage by way of litigation and earning money through compensation rather than by using it to produce and sell. The entities involved in the activity of Patent Trolling are designated as Patent Trolls, Patent Assertion Entities (PAEs), Patent Holding Companies (PHCs) or Non-Practising Entities (NPEs). Through this article, the author highlights India’s legal framework for protection against patent trolling. The author also discusses the gaps which still persist in the Indian system, along with suggestions which could be incorporated to immune the country from such actions.

Till 2005, the Indian Patents Act, 1970 (“Act”) did not adequately address the rather prominent issue of patent trolling. This disincentivised research and development, especially in the information technology and communication industries. It was only after the Patent (Amendment) Act, 2005 was enacted, that this practice was restrained and a steep decline observed in this practice. However, even today, the Indian Patent Act neither mentions the term “patent trolls”, nor does it explicitly bar this practice.

Nevertheless, various provisions under the Act attempt to curb Patent Trolling. For instance, Section 146 of the Act requires that the granted patent must be worked in the territory of the country.[iii] If this condition is not satisfied, the controller can impose compulsory licence on such invention. The Section, further, requires the patent holder to furnish information regarding the extent to which the patented invention has been worked on a commercial scale in India. In case of non-compliance of this requirement, the provides for the imposition of a fine up to INR 10 Lakhs on the holder.[iv]

Furthermore, Patent Trolls may also employ ‘dubious patents’ to serve their purpose. Section 3(d) of the Act addresses this concern and prohibits prevents trolls from obtaining dubious patents by providing that the discovery of a new form of known substance does not amount to innovation.[v] Patent trolls also benefit from long-drawn trials in infringement matters which causes a considerable loss in the revenue generated from the use of the impugned patented invention. Hence, for speedy disposal of cases, the Patent Act allows the appointment of technical experts who help in identifying and rejecting claims based on dubious patents.[vi]

Section 25(2) of the Act aims to eliminate any instances of patent trolling from the very outset.[vii] It provides for the scope to challenge a granted patent based on recognised grounds, which includes claim against the validity of the patent, while ensuring that absolute autonomy is not granted to the patent holders. Thus, the Section ensures that merely because a patent has been granted, it should not be immune to objections.

The abuse of patent rights is further elucidated in Section 83(b) of the Act which clearly states that the purpose of granting a patent to an inventor is not to provide him with monopoly powers, but to ensure that the patent holder gets the benefit of his research and innovation.[viii] The clause ‘(f)’ of this Section endorses technological innovations and transfer of technology, and restricts abuse of the patent rights by mitigating the possibility of an international transfer of the patented object.[ix]

Additionally, the existence of ‘Special Intellectual Property Appellate Boards’ facilitates the smaller companies beleaguered by patent trolls to defend themselves. The reason for such facilitation is speedy disposal of the matter in addition to lower litigation costs. This assists targeted companies to pursue litigation without worrying about outrageous expenditures and extensive trials.[x]

The above-mentioned clauses reflect India’s intolerance for Patent Trolling as they, in most practical ways, mitigate the possibility of monopolies and improper litigations. Moreover, India’s stance against Patent Trolling can be witnessed in the case of Spice Mobiles & Samsung India v Somasundaram Ram Kumar. In this case, the patentee was identified as a ‘patent troll’ as he not only exploited the legal system by enforcing weak patents but was also not using the patents. The patentee in this case filed a patent infringement suit against Samsung and Spice Mobiles because the features incorporated by these companies in their mobile phones were patented by the patentee. The defendants, on the other hand, contended the lack of novelty[xi] and inventive step[xii] based on the fact that the claimed features did not amount to technical advancement beyond the existing knowledge. Accordingly, the Intellectual Property Appellate Board (“IPAB”) decided in favour of the defendant and revoked the patent in dispute. This case clearly showcases the strictness of the IPAB and highlights how stringency in the criteria for novelty and innovativeness reduces the chances of patent trolling.

It can be argued that patent trolls make public disclosures of their innovated technology and must, thus, be permitted to exercise their exclusive rights against manufacturers. However, if the trolls choose to extract income through litigation and not by using such inventions, it implies that such inventions are unlikely to be very innovative. This raises doubts about the novelty, innovativeness and value of the patent. The fact that the patents held by these trolls are inherently weak, exhibits the vulnerabilities in the Indian patent grant system.

Additionally, it is upon the courts to exhaustively scrutinize instances of patent trolling not merely decide in favour of patent trolls because an invention is remotely similar to that of the trolls’. Lastly, in case of non-usage of patents, a compulsory license is imposed only after three years.[xiii] The mentioned time, in the current commercial environment, is sufficient to make any invention obsolete. It also provides for sufficient time for Patent Trolls to harass targeted companies through litigations, as was tried by the patentee in the Spice Mobile’s case.

A proper analysis of the legal safeguards provided in the Patent Act with regard to opposition of a granted patent, compulsory licensing, and functioning of the IPAB, shows that our country is less disposed to the peril of Patent Trolling. However, these provisions do not completely mitigate its risk.

The first and foremost requirement is to revisit the period for imposition of a compulsory license as it currently provides for an unnecessarily long timeframe for exploitation by Patent Trolls. Furthermore, a model of ‘Post-Patent Review’ could be adopted. Under this model, at the time of renewal or sale of patents, the Patent Office may be required to determine the validity and the extent of commercial working of an already issued patent. If the patent holder fails to provide for evidence favouring these, then such patent could be compulsorily licensed.

This practice will ensure that patentee has not acquired the patent merely to possess exclusive rights with no intention of working it. Consequently, the very purpose of patent trolls will be defeated and research and innovation in the country will be bolstered.

Furthermore, to control the chaos caused by Patent Trolling, at the very outset, the quality of patent examination should be enhanced to avoid unnecessary patent authorisations. Quality control can be achieved by clearly highlighting the standards and norms for granting patents. This will reduce the scope for misinterpretations and ambiguity in patent claims and will increase the standards for granting patents in the country.

In addition to highlighting requisite standards, incentives should be provided to innovators to ensure that the practice of patent trolling does not discourage them from putting in the time, effort, capital for research and development.

Besides, a specialised body can also be created to critically analyse the cases filed for the violation of patent rights. Such a body may consist of experts who can enquire into the discrepancies in the complaint and appreciate the subtle differences between two or more similar innovations. The body can also make the cases public so as to unravel the identity of Patent Trolls and deter such practices.

In conclusion, though the 2005 amendment has indirectly addressed the issue of patent trolling and can be seen as a commendable step in preventing these instances, introduction of policies which are primally focused on curbing the practice at the root level would cement India’s stance against patent trolling and protect innocent innovators from harassment.