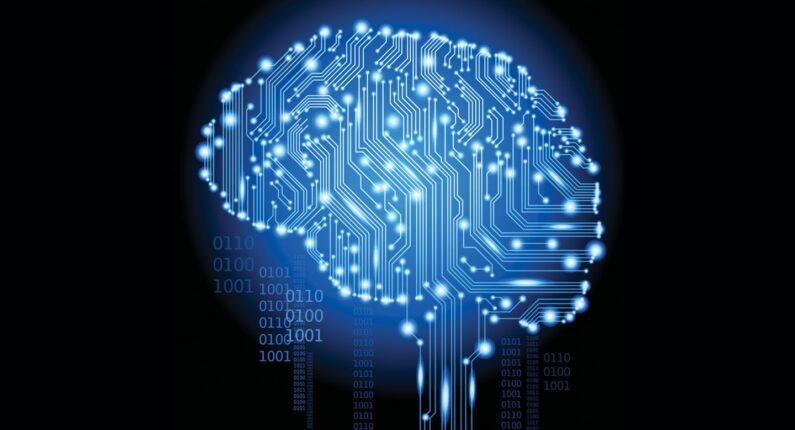 [This article has been authored by Shreya Sahoo, a student of the National Law University Odisha.]

The rise in inventions based on Artificial Intelligence (AI) has disrupted the society we live in, and, has thereby impacted various sectors like healthcare, entertainment, banking, and so on. There has also been a steady rise in creations and works that could be ascribed as invented, or created by an AI. One such prominent example is of an AI inventor named ‘DABUS AI’, which is capable of generating ideas and can be credited with the creation of two inventions. One of these is a food container built using fractal geometry and the other is a neural flame designed to alert emergencies. The highlighting part which resulted in ascribing ‘inventorship’ to DABUS was that the ideas pertinent to the inventions were generated autonomously and did not rely on any human intervention. Another example of an AI inventor is ‘E-David’, a robot capable of creating original artwork using its arm equipped with five brushes. This robot autonomously clicks images using a built-in camera and harnesses a complex visual optimization algorithm to produce an original portrayal of a photograph which may qualify as a copyrightable subject matter.  Furthermore, ‘Algorithmic Comics’, designed by Greg Borenstein, is generated by a programme that processes materials from several public databases.

The conferring of IP protection on such AI-related creations brings up issues of ‘inventorship’ or ‘authorship’ under the Indian IP framework. However, it is also essential to envisage the ramifications of the other rights that relate to the vesting of ‘inventorship’ or ‘authorship’ on AI. These rights include the liability for infringement, copyright transferability, etc.  The article, while discussing ‘inventorship’ associated with AI, begins by shedding light on the Patent law in the US. The article then analyses and juxtaposes it with Indian Patent law, in this regard. Further, ‘authorship’ by an AI has been discussed with an elaborate analysis of the Indian Copyright framework. In conclusion, the author provides suggestive recourses that may help both human inventors and AI to protect their creations.

With the world progressively shifting towards stronger AI technologies, the question of who is the ‘inventor’ of a patentable invention created by that very technology, surfaces. There exists a predisposition that a patentable invention is a creation of human input or efforts. The same was proclaimed by the United States Patent and Trademark Office (USPTO) In Re: 16/524, 350, wherein an AI inventor, ‘DABUS’, was declined patent rights. Although DABUS was argued to have generated the inventive ideas autonomously, it was found, upon perusal of words such as “individual” and “whoever” occurring in Title 35 of U.S. Code, Sections 100(f) – (g) and Section 101, that these implied only natural persons could be inventors. It is a requirement under Section 115(b) that the “individual” has to sign a declaration if he believes “himself or herself” to be an inventor. This reasoning establishes that the statute limits the inventorship to a natural person. Furthermore, the ruling relied on a few other cases, namely, Univ. of Utah v. Max-Planck-Gesellschaft and Beech Aircraft Corp. v. EDO Corp, according to which the mere act of creation is not as significant as the mental process is, in conceiving the invention.

Unlike the US law on the matter, Indian Patent law does not explicitly rule out AI from being an inventor. Section 6 of the Indian Patent Act, 1970 clarifies that only the true and first inventor of an invention or an assignee can make a patent application. The definition corresponding to ‘true and first owner’ is laid down in Section 2(1)(y) which does not make any explicit exclusion of a non-natural person. Section 2(1)(p) states that a patentee is a ‘person’ recognised in the patent office register as the grantee or proprietor of the patent. The uncertainty surrounding the issue of inclusion of a non-natural entity within the purview of a ‘person’ is cleared by Section 2(1)(s) which states that ‘person’ could include the government. Even the declaration necessary in case of a patent application under Section 7 requires a “person” so named as the true and first inventor for such claim. Therefore, it may be inferred that the aforementioned provisions of the patent law framework of India do not demand a particular threshold of human intervention in an invention for it to vested with patent protection.

An original subject matter created by an AI may be covered under Section 13 of the Indian Copyright Act. Additionally, it has been mandated by the apex court of India, that the determination of a standard for a subject matter to be granted copyright protection is not as simple as that of the ‘sweat of the brow’ doctrine and not as high a threshold as ‘modicum of creativity’. According to the ‘sweat of brow’ doctrine, the creator need not instil substantial originality or creativity in its work for it to be copyrightable, but simply the number of efforts and expense invested in the work would entitle him of the copyright. The ‘modicum of creativity’ doctrine, however, envisages that a work ought to be original in the sense that it has been created with an adequate amount of intellectual creativity and judgement in order for it to granted copyright. An original work vested with a distinct character, a particular level of creativity, and created with intellectual efforts, may qualify as copyrightable. This is the foremost requirement which may be reckoned to be easily fulfilled by AI as the standard of creativity is not high.

Another essential requirement is the determination of the author of the original work. Section 2(d)(vi) of the Indian Copyright Act defines author “in relation to any literary, dramatic, musical or artistic work which is computer-generated” as the “person who causes the work to be created.” This definition explicitly ascribes authorship to a person who made the creation of the work possible and has thereby excluded AI from the purview of an ‘author’. The decision rendered in Amarnath Sehgal v Union of India is important here, as it recognised the moral rights of an author under Section 57 of the Copyright Act. This ruling, therefore, made it difficult for an AI to establish “a privileged relationship between a creative author and his work.” Furthermore, the answer to the question of AI being an author is given in the Practice and Procedure Manual which lays down that “the details of the person(s), who has created the work, i.e., only natural person (human being), should be provided.”

It is important to note that Section 17 poses another hurdle in determining the author of an AI-generated work as it confers copyright on the first owner of the work. The proviso to the Section lays down that an owner may be a non-natural entity such as the government, organizations, companies, etc. This gives rise to uncertainties such as whether the creator of the AI is the ‘first owner’ and therefore the author of the work created by AI, or is it the proprietor or company which created the AI or the ultimate user of the AI who harnessed the software to create the work.

A prominent decision in this context was enunciated by the Singaporean Court of Appeal in the Asia Pacific Publishing Pte Ltd v Pioneers & Leaders (Publishers) Lte. According to the court, unless a ‘human author’, who can be credited for the creation of an original work, is identified, the work is not capable of being copyrighted. The rationale of the decision was that IP protection cannot be vested in a non-human person or entity as their lifetime may extend till perpetuity. This could lead to the monopolization of the work and damage the very purpose of the IP framework, i.e., incentivising the author and thereby, espousing intellectual endeavours.

The Indian Patent regime is unclear regarding the treatment subjected to the inventions of strong AIs. However, the foremost point to be discussed in this regard is whether conceptualization, cognitive thinking and basic intelligence are capable of being programmed into a machine, thereby making it decisive and accountable. The recognition of an AI as an inventor could raise numerous issues. For instance, identification of parties responsible in case of liability or infringement, the exclusive right of a patentee to obstruct third parties in the case of unauthorised sale or import, etc. In view of this, both the human inventor, as well as the AI may be conferred with ‘joint inventorship’ so as to protect the inventions created by AI.

With respect to creative works, the Indian Copyright regime is quite clear about the exclusion of AI from the purview of ‘authors’. Yet, identification of the author or owner of an AI-generated creative work is difficult. Indian courts must take a similar approach as in the Asia Pacific case and confine the authorship to ‘human authors’ to further the objective and the legislative intent of the law. Therefore, with the advancement of  AI and its capability to create (traditionally ascribed only to humans), there is an increasing necessity for the IP framework to evolve.