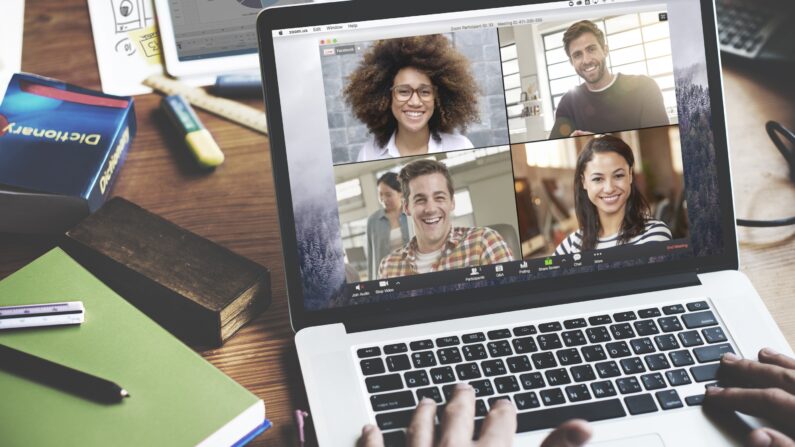 [This post has been authored by Amisha Agarwal, a student at Hidayatullah National Law University, Raipur.]

Webinars have become an easy and effective mode of imparting knowledge and information in different fields. This platform has helped students and other academic enthusiasts to connect virtually to discuss recent developments and issues in their respective fields. This ‘new normal’ has brought forth an interesting question: Whether recording of webinars be considered copyright infringement? It is this question that the author attempts to discuss in this article.

Copyright in Lectures and Extempore Speech

Copyright subsists in the expression of an idea in a tangible form, or in the form of ‘work’ as specified under Section 2(y) of the Copyright Act, 1957 (‘the Act’). As per Section 2(n) of the Act, a lecture is any address, speech, and sermon. The definition of literary work in the Act, on the other hand, is inclusive and is wide enough to cover all kinds of expressions. Article 2(1) of the Berne Convention, however, considers lectures to be a part of literary work. Consequent to the ratification of the Berne Convention, it would be correct to conclude that literary work under the Act would also include lectures. Furthermore, Section 17 of the Act gives the author the right to be the first owner of the copyright. Clause (cc) of Section 17 extends the ownership of the copyright to the authors of the address or speech delivered in public.  The inclusion of address or speech in the category of works in which ownership of copyright subsists implies that copyright in the expression in the ‘spoken’ form is an inherent right of the speaker. Furthermore, it has been rightly argued here, that speech is copyrightable when expressed in a perceivable form. The originality and not the expression of lecture in a tangible form is a sine qua non for claiming the protection of copyright.

The copyrightability of a lecture might not be contingent on its fixation in a tangible form, but the requirement of retrieval of such a lecture makes its fixation inescapable. The lectures delivered in educational webinars are usually recorded for future reference. The Act expressly states that literary, dramatic, artistic, and musical works should be ‘original’, but cinematographic works and sound recordings are kept out of the purview of this ‘originality standard’ (see Section 13). Despite originality not being a criterion to grant copyright to such works, these works would not be considered copyrightable if they infringe the copyright of any other work from which they have been derived. As observed before, a person delivering a speech ‘in public’ can claim copyright ownership over it. This ownership would follow only when the speaker ensures that the speech or the lecture delivered by him is an ‘original’ literary piece. India has moved from the UK’s ‘sweat of the brow doctrine’ to the US’s ‘modicum of creativity’ doctrine. While expounding the notion of a minimum level of creativity, the courts also evolved the ‘merger doctrine’. The courts focused on distinguishable features and not trivial variations or inputs from the pre-existing work. Thus, a lecture in the form of a literary work should not be a mere oration of a work already in existence in some other form.

The speaker of the webinar has an exclusive right to make a recording of the lecture [see Section 14(a)(iv)]. The recording, if made by any person other than the speaker himself, would constitute infringement. Speakers are invited by different organizations or individuals to deliver a lecture as a part of a webinar. The author [see Section 2(d)(v)] of the recording of such a lecture would be the person arranging for this lecture. By virtue of Section 17 (cc) of the Act, the speaker enjoys the exclusive ownership over the lecture, even if he is employed by some other person (who has made all the arrangements for the lecture). Thus, an author or the producer of the recording would require the permission of the speaker of the webinar to save one from committing the act of copyright infringement. A conflict of interest would arise if a speaker is not given the power to restrict the producer from making recordings of his lecture. However, if the producer is granted the right to make a recording without prior authorization from the speaker, the speaker’s exclusive right to produce recordings of his own would clash with the producer’s right to communicate the recording to the public [see section 14(e)(iii)].

When speakers from different backgrounds are invited to deliver a lecture on the same topic, the distinctness of each of their speeches is a deciding factor for a ‘work of joint authorship’. Furthermore, the requirement of prior authorization is crucial to converting a live webinar into a webinar recording by a person other than the speakers. In the case of Angath Arts Private Limited v. Century Communications Ltd. and Anr., the court held that the consent of each joint owner is essential for granting a license to a third party. It is difficult to determine the exact position in India on this topic as the courts are yet to define the scope of collaboration with respect to joint authorship.

Private Use v. Public Use of Webinar Recordings

The delivery of a speech in public is considered a performance [see section 2(q)] and the person delivering a speech or a lecture enjoys an exclusive right to make a sound/visual recording of the performance (see section 38A) for the purpose of the broadcast. Prior authorization from the speaker(s) is a condition precedent to ‘make’ a sound recording by any other person as well as for ‘broadcasting’ it. The requirement of prior authorization or a license can be bypassed if the producer’s motive is to use it for a private purpose and not for communication to the public [see section 2(ff)]. The term ‘private’ with respect to copyright, was discussed in the case of Blackwood v. A. N. Parasuraman, that the circulation of copies by the producer would not constitute private use and would lead to infringement of the copyright of the speaker. Thus, it is amply clear that for the sustenance of independent copyright in a webinar recording, the producer, despite being its author needs permission from the speaker to use it for any purpose other than for ‘private use’.

The subsistence of copyright in webinar recordings is a complex case. The understanding of the definition of the author is crucial to resolve copyright issues relating to webinar recordings. In the usual course, the speakers and the organizers rarely enter into a contract, clearly stipulating the terms of copyright. Students and other informal organizations have also been found to conduct these webinars which further necessitates the requirement of a well-drafted contract. The right of multiple speakers in a webinar is an unexplored and tricky area. The Act, to an extent, delineates the laws relating to digital space and copyright matters, but with new developments in this area, complications are bound to arise.